At the conclusion of the Liepāja Art Forum, State Chamber Orchestra Sinfonietta Rīga and dazzling soprano Joanna Freszel from Poland will perform Italian composer Fausto Romitelli’s futuristic masterpiece, the video opera An Index of Metals.It is a violent, abstract narrative stripped of all operatic artifice, which immerses the listener into a trance of light and sound.

Shortly before his death, Italian composer Fausto Romitelli was joined by his friend Paolo Pachini, poet Kenka Lèkovich, Francesco Giomi, and Leonardo Romoli, to revise their dream of a completely scape-like art and create the unique audiovisual opus An Index of Metals.

The video opera, which was created in a futuristic manner, combines an expressive orchestration, an electric and psychedelic world, a voice playing with effects, humming with reverberations, flickering through a megaphone, screaming like a popstar, and an electric guitar partiture such as no ‘serious’ composer has ever written before. This world of sound is transferred to a visual space by autonomous films played on three screens, visually representing sound as flowing motions of light.

Romitelli himself has described this work: ‘The aim of An Index of Metals is to turn the secular form of opera into an experience of total perception, plunging the spectator into an incandescent matter that is both luminous and sonorous, a magma of flowing sounds, shapes and colors, with no narrative but that of hypnosis, possession and trance. It is a lay ritual, rather like the light shows of 1960s or today’s rave parties in which space, having assumed a solid form through the volume of sound and visual saturation appears to twist into a thousand anamorphoses. Rather than calling on our analytical ability, like most contemporary music, An Index of Metals aims to take possession of the body with its over exposition of senses and pleasure.’

The piece will be performed by an outstanding ensemble from our local State Chamber Orchestra Sinfonietta Rīga, who will be joined by Polish soprano Joanna Freszel to reveal the artistic language of the libretto transformed by Kenka Lèkovich. The music for soprano and eleven amplified string instruments will develop an ‘impure’ timbre through counterpoint, and video projections by Paolo Pachini and Leonardo Romoli will fill the visual space with an otherworldly atmosphere.

The performance of Chamber Orchestra Sinfonietta Rīga has received the highest award for academic music in Latvia, the Great Music Award, three times, and the Orchestra’s participation in Estonian composer Arvo Pärt’s album has been recognized with the prestigious Grammy award. The Orchestra is characterized by a youthful passion, a joy of exploration and a pleasure in discovering new horizons. Since its founding in 2006, the Orchestra has been led by conductor Normunds Šnē. The musicians of Sinfonietta Rīga are young, intelligent and creatively gifted artists. They are ceaseless in their joy of exploring the musical heritage of the First and Second Viennese School, bringing the musical phenomena and styles of the twentieth century to their audiences and highlighting excellent examples of modern music as well.

Joanna Freszel has been touring with the greatest Polish ensembles and symphony orchestras for years. Her forte is interpreting contemporary music, including the works of G. Crumb, G. Ligeti, A. Pärt, R. Haubenstock-Ramati, and P. Mykietyn. Alongside modern music, she successfully performs repertoires or Baroque, Classical, and Romantic music. Joanna Freszel has received many prestigious awards and recognition at vocal competitions in Poland and abroad. She has also authored educational programs such as poGŁOSka and samoŚPIEW, which explore the most interesting phenomena of modern vocal arts and vocal education. 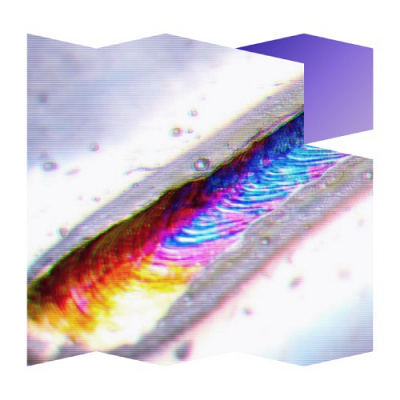 Ensemble of musicians from Sinfonietta Rīga

An Index of Metals, video opera for soprano, ensemble, multimedia projection and electronica