The mathematical algorithms of jazz and the tempestuous energy of progressive rock are among the musical areas where Normunds Šnē feels at home. Alongside the classics, the modernist ideas of the 20th century, and the contemporary allusions rooted in the memories of humanity, his sonic palette has always saved some space for non-academic musical expression - electroacoustic music that came into the world through an amplifier and a microphone.

In this musical scene, Frank Zappa, Miles Davis or Genesis precisely illustrate the same attempt to synthesise reality and the pulse of the rhythm of life that that Šnē is aiming for. This is also showcased by his collaborations with like-minded people in Latvia, playing in such progressive rock, chamber jazz and jazz fusion bands as Marana, Sīpoli and Vecās mājas. But at the same time, Duke Ellington and Fletcher Henderson embody Šnē’s passion of expressing the zeitgeist via the multitude of colours that an orchestra can produce. Ringolds Ore, the pioneer of symphonic jazz in Latvia, had a similar outlook to Šnē.

During the festival Saxophonia, let’s open up a new page in the history of Latvian jazz. The long-nurtured project of Normunds Šnē, Sinfonietta Rīga and the jazz band Lupa will finally see the light of day: through 12 original compositions of percussionist Andris Buiķis, the audience will go on an exquisite journey from the classics to jazz and pop music.

“Sequences and Consequences is on the same wavelength as other international modern jazz, soul jazz, electric jazz and fusion recordings,”says Mareks Ameriks, the artistic director of the independent and jazz music recording label Jersika Records.

The band has released their second full-length project recording Koki | Sketches of Trees. The concept and inspiration behind the new project are the trees, bushes, and forests of Latvia. Continuing the theme of actions and consequences that the band started in their album Sequences and Consequences, the composers (members of the band) Ritvars Garoza, Valters Sprūdžs, and Andris Buiķis become sonic dendrologists and study plants and their voices, colours, the harmonic cacophony that they create in their natural habitats, the movements of their trunks, and their games with sunlight and its elements. They also explore our - homo latviensis vulgaris - collaboration with these living organisms and their reactions to our actions. They find the inner voice of every species and its place in the hierarchy of the plant world. The project consists of instrumental songs without lyrics.

The band also collaborates with the legendary Latvian composer and pianist Zigmars Liepiņš in his concert programme Zigmars Liepiņš. Par svarīgo (Zigmars Liepiņš. On the Important), that was recently nominated for the LSM annual award Kilograms Kultūras 2022. 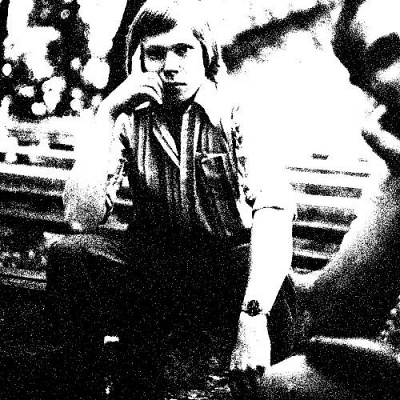